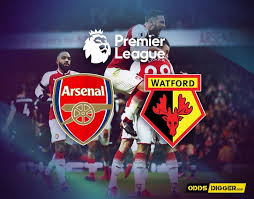 Let’s take our attention to the Emirates Stadium, where on Saturday afternoon Arsenal are hosting Watford in a match from the 7th round of the Premier League. Let’s take a look.

Arsenal are currently 6th in the Premier League standings with 12 points won from 6 matches played. The Gunners started the season with two consecutive losses against Manchester City and Chelsea, but now they are in a run of four consecutive wins in the league.

In the previous round Arsenal celebrated a comfortable 2-0 win at home against Everton. The Gunners scored two goals for three minutes of time, thanks to Alexandre Lacazette and Pierre-Emerick Aubameyang.

After the difficult start, maybe now things are starting to look better for Arsenal. With their new manager Unai Emery, the Gunners are expecting an exciting season. They really needed someone to replace the legendary Arsene Wenger and now it looks like they have found their man. Yes – the beginning was hard, but now things are looking better.

Watford are enjoying a great start of the season. They are currently 4th in the standings with 13 points and a record of 4 wins, 1 draw and 1 loss. They won all of their first four matches in the league, but in their last two games they won just one point and suffered their first defeat against Manchester United.

The home loss against United was followed by a 1-1 draw against Fulham at the Craven Cottage. Andre Gray opened the score for Watford after just two minutes of time, but Aleksandar Mitrovic equalized for Fulham.

This is our look at the Premier League game between Arsenal and Watford at the Emirates Stadium in London. The Gunners are aiming to record their fifth consecutive win for the season, but Watford won’t give up without a fight.