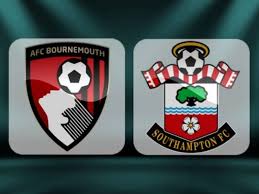 AFC Bournemouth welcomes Southampton in a game from the 9th round of the English Premier League. Let’s take a look at this clash.

Bournemouth are doing pretty well since the start of the season. They are 6th in the Premier League standings, having won 16 points so far. In their 8 matches played, they have a record of 5 wins, 1 draw and just 2 defeats. Since their loss against Burnley few weeks ago, Bournemouth enjoyed two consecutive wins against Crystal Palace and Watford.

The team’s game against Watford at the Vicarage Road last week was a pure spectacle. Bournemouth enjoyed a thrilling 4-0 win over Javi Gracia’s team, thanks to goals from Joshua King (twice), David Brooks and Callum Wilson. In this game Eddie Howe’s boys showed that they can be really good when they are in a good form. If they continue like this, Bournemouth won’t have any problems to secure their place in the elite division for another season.

Southampton are being much more mediocre since the start of the campaign. The Saints are currently 16th in the league standings with just 5 points won so far. Their record shows 1 win, 2 draws and 5 defeats. Right now Mark Hughes’ team is in a run of three consecutive losses, conceded against Liverpool, Wolverhampton and Chelsea. Clearly Southampton are facing another tough season and once again a fight against relegation.

Based on current form and performance in the league so far, Bournemouth are a clear favourite against Southampton. The Saints are having a lot of problems at the moment, while Bournemouth are in a pretty much a brilliant form.

That’s what we had to say about the Premier League game between Bournemouth and Southampton. The home team is a favourite here, but surely Southampton won’t give up without a fight. Let’s see.