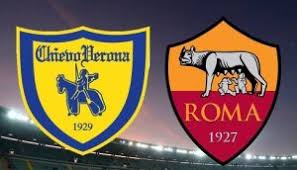 Chievo hosts Roma in a match from the 16th round of the Italian Serie A.

Chievo are currently 12th in the Serie A standings with 20 points and an interesting record of 5 wins, 5 draws and 5 losses. In their last five games managed to win just once – against SPAL at home. In the last round of the league the Flying Donkeys suffered a serious 0-5 loss against Inter at the Stadio San Siro in Milan.

Meanwhile Roma are 4th in the Serie A with 34 points and two games less than the Inter. Roma have a record of 11 wins, 1 draw and 2 losses since the start of the new season. In their last five matches they are unbeaten, losing points only once – during the 1-1 draw against Genoa. It was a dissapointing result for Roma as Genoa are one of the weakest teams in Serie A since the start of the new season.

Let’s have a look at the team news before the game.

Chievo could be without Perparim Hetemaj for this game. He’s recovering from a muscle injury and it’s still not clear if he’d be able to participate.

Meanwhile Roma are without the influental midfielder Daniele De Rossi, who is suspended for the match.

Roma need to beat Chievo, if they want to stay close to the top of the league. It won’t be as easy as it sounds, but they are for sure the favourite here. Let’s see what’s going to happen.