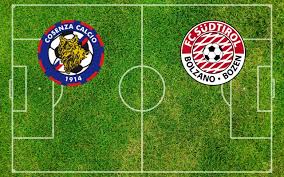 Südtirol have a valuable advantage after the first game, which they won with 1-0. The only goal in the game was scored in the last few minutes, when the reserve Michael Cia scored the winning goal for Südtirol. This goal gives Südtirol a really precious advantage before the rematch. But nothing is over just yet, of course.

Cosenza are in a delicate situation right now, but surely they won’t give up without a fight. The result from the first leg is tricky and Cosenza put themselves on the line by being unable to score an away goal. Now they know that they have to stop Südtirol from doing it. Because if it happens, they would need at least 3 goals in order to progress.

Südtirol reached the 1/2-finals of the promotion playoff after eliminating Viterbese Castrense. The first game between these two teams ended with a 2-2 draw, but in the rematch Südtirol enjoyed a 2-0 win at home.

Cosenza didn’t face any problems against Sambenedettese, winning both games – with 2-1 at home and 2-0 on away ground.

Südtirol finished 2nd in the Girone B of the Serie C with 55 points won. During the campaign they won 15 games, made 10 draws and suffered 9 losses. They finished on 8 points behind the leader Calcio Padova, so it’s hard to say that it was a close fight for the first place.

Cosenza on the other hand finished 5th in the Girone C of the Serie C with 54 points. They finished the regular season with 14 wins, 12 draws and 10 defeats.

This is going to be a close fight between Cosenza and Südtirol – that’s for sure. Let’s see what’s going to happen.