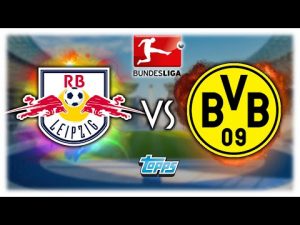 RasenBallsport Leipzig are the big sensation in the German Bundesliga this season. Ralph Hasenhüttl shocked everyone so far, currently being second in the league standings, just behind the champion Bayern Munich. Even if they don’t win the title, RasenBallsport Leipzig are in a very good position to attack a historical first participation in the Champions League. Not bad for a side, which was playing the 2. Bundesliga last season, right?

On Saturday night RB Leipzig will have another difficult test in front of them, travelling to Dortmund to meet Thomas Tuchel’s Borussia. But if you think that RB Leipzig are the underdog in this game, you should remember that they are currently 11 points in front of Borussia Dortmund in the Bundesliga standings.

And if this season is just amazing for RB Leipzig, we can’t say the same for Borussia Dortmund. It was expected that they will challenge Bayern Munich for the title, but so far it’s not even sure that they will play Champions League football next season. Dortmund won just one of their last five games in the Bundesliga and they are in a really close battle with other teams for a place in the Top 4. It’s certainly not what this team’s fans were expecting before the start of the new season.

Now Dortmund will have the chance to prove themselves against one of the strongest teams in the league this season. Thomas Tuchel will have to deal without the injured Sven Bender, while Mario Gotze, Emre Mor and Sebastian Rode are all doubtful because of injuries. The good news for Dortmund’s manager come from the recovery of Nuri Sahin, who is ready to play.

RasenBallsport Leipzig’s Ralph Hasenhüttl will be without the services of Emil Forsberg, who is suspended for the game. Lukas Klostermann is out until March, while Marvin Compper and Oliver Burke are doubtful for the match.