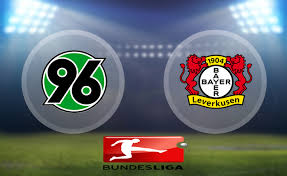 Hannover 96 welcomes Bayer Leverkusen in a match from the 17th round of the German Bundesliga.

Hannover 96 are 10th in the Bundesliga with 22 points won so far. They have a record of 6 wins, 4 draws and 6 losses. In their last five matches they have won just once – against Hoffenheim at home. In their last game Hannover suffered a defeat during the trip to Berlin against Hertha BSC.

So far Hannover are performing as a typical mid table team, being unable to find a consistent form. They started the season better, but now they are struggling to get back into the right rhythm.

Meanwhile Bayer Leverkusen are doing much better lately. They started the season with some difficulties, but now they are 5th in the Bundesliga standings with 27 points won so far. They are on just one point behind RB Leipzig and Borussia M’gladbach, who are 3th and 4th in the standings. Leverkusen’s main goal this season is a return to the Champions League and so far they are moving pretty well in that direction.

Leverkusen are unbeaten in their last five last games. They have won three times and made two draws. In their last game Leverkusen enjoyed a 1-0 win over Werder Bremen at home.

Hannover 96 can’t use the injured Felipe and Edgar Prib, while Mike Steven Bahre, Phillipp Tschauner and Uffe Bech are doubtful for this game.

Bayer Leverkusen can’t use the suspended Wendell, while Charles Aranguiz is doubtful for the match with a calf injury.

Based on performances and current form, Leverkusen are a slight favourite in this match. They are in a pretty good shape lately and we can’t say the same thing about Hannover. It’s going to be a competitive game, but Leverkusen have the advantage here. Good luck!