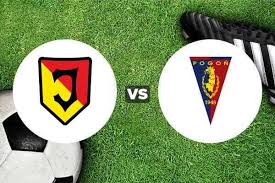 Jagiellonia Białystok are the current leader in the Polish Ekstraklasa and now they will have the chance to remain on the top, winning their home game against Pogoń Szczecin.

Jagiellonia are in a brilliant run of four consecutive games in the Ekstraklasa, which is explaining why they are ahead of everybody else in the league at this very moment. Jagiellonia won seven of their ten games played so far, losing just two times since the start of the new campaign.

They also have the most effective striker in the Polish league so far – the Estonian Konstantin Vassiljev, who scored seven goals in the first ten rounds of the league.

Pogoń Szczecin didn’t start very well the new campaing in the Ekstraklasa. Kazimierz Moskal’s boys managed to record just two wins in the first ten games, losing four times in the process. Pogoń are clearly in not a good position at this moment and the current form of the both teams is showing us that Jagiellonia are clear favourites to record another win.