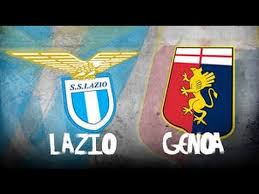 Lazio welcomes Genoa in a match from the 5th round of the Italian Serie A. Let’s take a look at this game in the capital, which is going to be played at the Stadio Olimpico on Saturday afternoon.

Lazio had a very difficult start of the new season, suffering two consecutive defeats in the first two rounds. Simone Inzaghi’s team was beaten by Napoli and Juventus, but we have to admit that it was a difficult schedule for starting the campaign. In the next two games Lazio showed their true worth and achieved wins against Frosinone and Empoli.

The previous game against Empoli at the Stadio Carlo Castellani was not easy. Lazio won the match thanks to a goal scored by Marco Parolo, but the Eagles really had to work hard for this win.

During the week Lazio had a match in Europa League as well. Simone Inzaghi’s boys enjoyed a 2-1 win against Apollon at home. The goals were scored by Luis Alberto and Ciro Immobile. We can imagine that this win gave the team some more confidence after the difficult start in the Serie A.

Genoa on the other hand have played just three matches in the league so far, but they are still 9th in the standings with 6 points and a record of two wins and one defeat. The Griffons won against Empoli and Bologna, and suffered their only defeat so far against Sassuolo away from home.

It was not an easy game against Bologna in the previous round. Genoa won, but they had to wait 69 minutes, before Polish striker Krzyzstof Pitek to score the winner. Until the end Bologna tried to fight back, but Genoa defended well.

This is our look at the Serie A clash between Lazio and Genoa at the Olimpico.