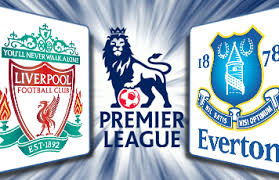 Liverpool welcomes Everton in one of the most iconic football games in English football. This is the big derby for the Merseyside and once again these two great teams will go head to head at the legendary Anfield Stadium in Liverpool.

Both teams are currently being positioned in the first half of the table in the Premier League, but Liverpool’s position is a little bit better at the moment. Jurgen Klopp’s team is currently 4th in the standings, continuing to fight for a return to the Champions League. In same Everton are 7th, but just on 6 points behind The Reds. If Ronald Koeman’s team manages to win at the Anfield, Everton will ressurect its hopes for a Champions League qualification.

Liverpool were unable to win their last game in the Premier League, losing an one goal advantage against Manchester City at the Etihad Stadium. Before that The Reds won two consecutive times against Arsenal and Burnley.

Everton on the other hand won their last two matches against West Bromwich Albion and Hull City, scoring seven goals in the process. This is a serious sign that The Blues are currently in a great form, so this should be a red lamp for Jurgen Klopp and his players. Meanwhile Romelu Lukaku continues to be Premier League’s deadliest striker, having scored 21 goals in the league so far.

The German manager of Liverpool can’t rely on the midfielder Adam Lallana, who got injured just a few days ago. Adam Bogdan and Danny Ings remain sidelined until the end of the season. The striker Daniel Sturridge remains doubtful for the derby.

Everton’s manager Ronald Koeman can’t use four of his players, who are still injured – Ramiro Funes Mori, Seamus Coleman, James McCarthy and Yannick Bolasie. In same time Morgan Schneiderlin remains doubtful for the match, but Muhamed Besic is ready to come back for Everton.