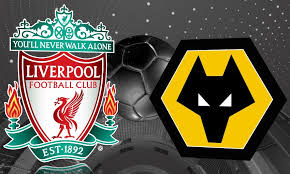 Liverpool hosts Wolverhampton Wanderers at the Anfield Stadium on Sunday, hoping that Manchester City will make a mistake against Brighton & Hove Stadium in the same time. This is the last round of the Premier League and the title is going to be decided now.

Right now Liverpool are one poing behind Man City in the standings, so they are not holding their destiny in their own hands. The Reds’ only chance to win the title is to beat Wolves and in same time Manchester City to make a mistake during the visit to Brighton & Hove. Of course, it’s a pretty much a long shot, but Liverpool do not have a choice here – they have to try.

During the week Jurgen Klopp’s boys learned that they have to believe in miracles. The Reds erased Barcelona’s three goals advantage in the Champions League, beating them with 4-0 at the Anfield. Impossible is nothing, so now their next dream is to win the Premier League. In this league nothing is impossible, so their goal now is to beat Wolverhampton and hope for the best.

Meanwhile Wolverhampton Wanderers are 7th in Premier League with 57 points and they are going to finish at this position. It was an amazing first season for Wolves in the Premier League since their promotion from the Championship. The manager Nuno Santo did a terrific job with the team, turning it into one of the league’s pleasant surprises.

In terms of current form Wolverhampton are also doing pretty well. They are in a run of three consecutive wins in the league, achieved against Arsenal, Watford and Fulham. Clearly Wolves will be a tough opponent for Liverpool on Sunday, so don’t think that it’s going to be an easy game for the hosts.

That’s our impressions for the Premier League clash between Liverpool and Wolverhampton Wanderers on Sunday. Good luck!