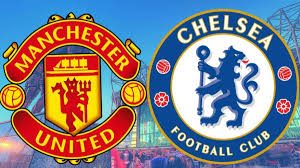 Manchester United welcomes Chelsea in a game from the 36th round of the English Premier League. This clash at the Old Trafford is going to be really intriguing, because these two teams are fighting for the same thing – a Top 4 finish and a return to the Champions League.

Manchester United had a tough game during the week, losing with 0-2 their home match against Manchester City. This left them on 6th place in the standings with 64 points, being on 3 points behind Chelsea. In other words, the Red Devils must win this match at any cost, if they want to remain in the race for the Top 4.

The loss against City was United’s third in their last four games. This is not speaking well of their current condition. If Ole Gunnar Solskajer’s boys don’t find a way to improve in the remaining three rounds, they will not participate in the Champions Leaguen next season. That’s pretty clear.

Against City it was 0-0 at the halftime, but after that City clinched the win with two goals from Bernardo Silva and Leroy Sane.

Meanwhile Chelsea are currently 4th with 67 points, but being only one point ahead of the 5th Arsenal. Just like Manchester United, Chelsea are not very convincing lately, too. In their last two games Maurizio Sarri’s players won just one point – during the 2-2 draw with Burnley in the previous round. N’Golo Kante and Gonzalo Higuain scored for the Blues, but Burnley won the point with goals from Jeffrey Hendrick and Ashley Barnes.

In conclusion we can say that winning this game is a must for both teams, but the truth is that both teams look a little bit shaky at the moment. It depends on them to find a way to overcome the difficulties and achieve the win they are looking for.