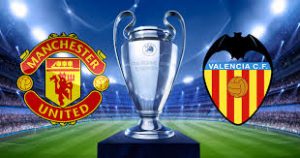 Manchester United welcomes Valencia in a match from Group H of the UEFA Champions League. Here is what we have to say about this clash at the Old Trafford Stadium in Manchester.

Despite of having some serious problems since the start of the season, Manchester United kicked off their Champions League campaign with a win. Jose Mourinho’s team enjoyed a stellar 3-0 win over Young Boys in their first game, which was played in Bern. Paul Pogba scored a brace for United, while Anthony Martial added one more for the Red Devils.

How we said, United are a having a seriously tough time at the moment. The club is currently 10th in the Premier League standings, already trailing on 9 points behind the leader Manchester City. In the previous round of the league, the Red Devils suffered a 1-3 defeat against West Ham in London, which once again put a serious doubt on Jose Mourinho’s future in the club. There are persistent rumours now that Mourinho could be sacked very soon.

Valencia on the other hand started their CL campaign with a loss against Juventus at the Estadio Mestalla. Despite of the fact that Cristiano Ronaldo was sent off pretty soon after the start of the game, Valencia didn’t succeed in breaking Juventus’ defense on that day. Two goals by Miralem Pjanic from penalty kicks decided the game in favour of the Old Lady.

In La Liga Los Che are currently 14th with 8 points and a record of 1 win, 5 draws and 1 defeat. It’s true that their start last season was much better than the one now. But they have enough time to improve.

That’s what we think about the Champions League clash between Manchester United and Valencia at the Old Trafford. We wish you good luck!