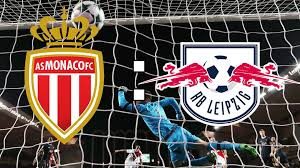 Monaco hosts RB Leipzig in a match from Group G of the UEFA Champions League.

This campaign didn’t go in the way they hoped at Monaco. Last season Monaco reached the 1/2-finals of the competition and won the title in Ligue 1, so now everyone expected to see them repeating their good games in the Champions League from last season. But the truth is that during the summer a lot of their star players left the club, which is the reason why Monaco can’t reach their previous levels.

So far Monaco’s performance in the Champions League is a dissapointment. Leonardo Jardim’s team is last in Group G with just 2 points won so far. They still have theoretical chances to reach the 1/8-finals, but if they want this to happen, they must beat RB Leipzig and hope that Porto loses against Besiktas in Istanbul. Then the French team would have a “all or nothing” game against Porto in Portugal.

RB Leipzig are currently 3rd in the group with 4 points. Based on stats, they are in a better position than Monaco and they could also still aim for a qualification for the next round. But just as the French team, they need to win until the end of the group stage.

This game is interesting, because both teams would like to save their chances of reaching the next phase of the competition. And it’s always interesting when we have matches between two motivated teams, being hungry for the win.

Monaco have the home ground advantage here, but in same time they won all of their points so far away from home. The first match between these two teams in Leipzig ended with a 1-1 draw. If Monaco continue with their poor home form, this could increase RB Leipzig’s chances for a win.