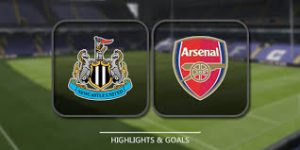 Newcastle United hosts Arsenal in a game from the 5th round of the English Premier League. Let’s take a look at this clash at the St. James’ Park.

Rafael Benitez’ Newcastle didn’t start the new season in the best way possible. The team have won just one point in the first four rounds, which happened during the 0-0 draw with Cardiff City. In the other three rounds the Magpies suffered defeats against Tottenham, Chelsea and Manchester City.

For Newcastle the last season was a difficult one. The team fought against relegation and it was not easy for the fans to witness this. They would hope that Rafa Benitez managed to improve the squad during the summer, but so far things are not looking good for Newcastle. Yes – they could improve with the time, but winning just one point in their first four rounds is not a solid achievement.

For Arsenal this season is a new era under the management of Unai Emery. The Spanish manager probably hoped of a better start of his first season as the Gunners lost their first two matches against Manchester City and Chelsea. In the next two games Arsenal stepped back on its feet and the team recorded wins against West Ham and Cardiff City, scoring 6 goals in these two matches.

It was clear that for Emery it’s going to be hard. He replaced the legendary Arsene Wenger and he had to start building from the scratch. The previous version of Arsenal was not working well and it was obvious for everyone. The fans wanted a change and they got it. Now it remains to be seen if this change is going to work for them.

These are our thoughts about the Premier League clash between Newcastle United and Arsenal. We wish you good luck.