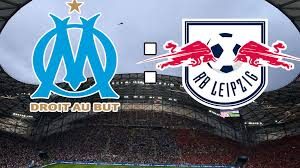 Olympique Marseille hosts RB Leipzig in a second match from the 1/4-finals of Europa League. Let’s have a look at this game at the Stade Velodrome in Marseille.

RB Leipzig have a slight advantage after the first leg, which the German club won with 1-0 at the Red Bull Arena in Leipzig. The only goal in this match was scored by Timo Werner at the end of the first half.

In the second half Marseille tried to equalize, but RB Leipzig defended very well and didn’t allow the French team to score.

But nothing is over just yet. Olympique Marseille have enough talent in attack to return in the tie. Of course, Rudi Garcia’s team must be very careful not to concede, because every away goal for RB Leipzig could be fatal for the French side.

Players like Kostas Mitroglou, Lucas Ocampos and Dimitri Payet will be crucial for Olympique Marseille. They will have to step up and play a better game than they did in Leipzig. Marseille needs to score goals and these players will be responsible for that.

On the other side of the pitch, Timo Werner and Jean Kevin Augistin will be the dangerous men for Marseille’s defense. Everyone at RB Leipzig knows that even one away goal at the Velodrome would give them a great opportunity to qualify for the 1/2-finals of the competition.

This is a very interesting clash between two good sides. Both teams perform good in the Ligue 1 and the Bundesliga, so obviously they are in a good shape. But now they must show it once again.

RB Leipzig are slight favourites because of the result in the first leg, but don’t write Olympique Marseille off. The French team will fight for qualification and you can be sure about that.