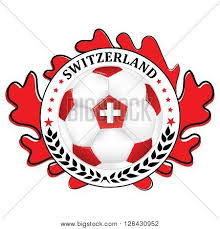 The new season of the Switzerland’s Super League just began and now everybody is asking the same question once again – can anybody stop Basel of clinching another title? Can Young Boys improve their performance of last season, when they finished second? Are teams like Luzern, Grasshopper and Sion ready to play a bigger role in the league?

The swiss Super League began without any big surprises in the first round. The reigning champion Basel smashed Sion, while Young Boys and Grasshopper didn’t allow any mistakes against Lausanne Sport and St. Gallen. Everything started according to plan and Basel is leading the table since the beginning.

Basel made a few improvements of their squad during the summer. Their most expensive signing is the highly-rated argentinian defender Eder Balanta, who was signed from River Plate for the sum of 3.50 millions euro. Basel also paid 3.20 millions for Molde’s Mohamed Elyounoussi, while Seydou Doumbia was signed on loan from AS Roma. Blas Riveros, Omar Gaber, Kevin Bua and Geoffroy Serey Die are among the other players who were bought to strenghten the squad.

And while Basel made a few improvements of their squad, their budget was heavily boosted by the 22.50 millions sale of the forward Breel Embolo to the german powerhouse Schalke 04. It’s still about to be seen if Basel are done with their summer transfer activity. They clearly have the funds to make a few other good transfers, but it’s all up to their manager Urs Fischer’s judgment.

Basel’s biggest rival for the Super League title should be BSC Young Boys. Adi Hutter’s team finished second in the last edition of the championship and now they will try do to the impossible and finish in front of Basel in the table. There aren’t many people who believe that this is possible, but we’ve seen almost everything in football, so who knows.

Young Boys are quiet on the transfer marker so far. The club from Bern bought just one player so far and this is the striker Michael Frey, who was signed from Lille for the sum of 500 000 euro. The right midfielder Thorsten Schick came from the austrian Sturm Graz with a free transfer and some of the young players of the club was promoted. In same time the club was left by the attacking midfielder Moreno Costanzo.

Luzern is the team who completed the Top 3 of the swiss Super League last season. Similar to Young Boys, Marcus Babbel’s team is quiet on the transfer market. Simon Grether (FC Wohlen), Tomi Juric (Roda JC) and Ricardo Costa (Granada CF) were all signed on free transfers, while Cedric Itten was loaned to the club by Basel. This doesn’t look good enough for Luzern to improve dramatically the team’s performance of last season, but there’s still enough time until the transfer window close, so we shall see if they make any other improvements. The same could be said about Young Boys and Grasshopper as well.