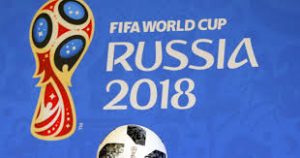 Costa Rica faces Serbia in a first game from Group E of the FIFA World Cup. This clash is going to be played at the Samara Arena in the city of Samara.

The Costa Ricans are participating at the World Cup four years after their historical performance at the 2014 World Cup in Brazil. Maybe you remember that during their last participation the Los Ticos celebrated their best ever performance, reaching the 1/4-finals of the competition. Many of the players in this team are here once again, ready to impress once again. Can they do it?

In the CONCACAF qualifying campaign Costa Rica finished second, which allowed them to play again at the World Cup. They suffered just two defeats in ten matches played during the qualifiers, which underlined their status as one of the best teams in the region. Another interesting statistics is that during this campaign Costa Rica conceded just 8 goals, which tells us a lot of good things about their defense as well. 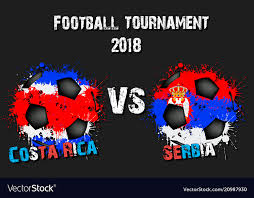 Serbia on the other hand missed the last World Cup in Brazil, failing to qualify for the competition. This changed during the last campaign, when the Balkan country did very well and won the first place in its group. Filled with some really interesting individuals, the Serbians are ready to impress at the competition and show everyone that they are here to stay. A curious fact is that Serbia will play for a first time at the World Cup as an independent nation. In 2010 in South Africa they were called Serbia and Montenegro.

Serbia on the other hand played in six friendlies after the end of the campaign. The Balkan team enjoyed three wins – over China, Nigeria and Bolivia, made a draw against Korea Republic and suffered two defeats against Morocco and Chile.

Real Madrid’s goalkeeper Keylor Navas is the big star in the Costa Rican team. He’s one of the finest goalies in the world and he was instrumental for his country at the last World Cup. Players like Deportivo La Coruna’s Celso Borges, New York City’s Rodney Wallace, Espanyol’s Oscar Duarte, Sporting’s Bryan Ruiz and Betis’ Joel Campbell are adding up some important experience on top level.

The Serbian team can answer with players like Manchester United’s Nemanja Matic, Lazio’s Sergej Milinkovic-Savic, Benfica’s Andrija Zivkovic and Newcastle’s Aleksandar Mitrovic. Almost the whole Serbian squad plays in the Europe’s top leagues, which is something to be respected.

We can conclude that Serbia are a slight favourite against Costa Rica at the World Cup, but don’t be too quick to underrestimate the Los Ticos. The fact that this team reached the 1/4-finals shall tell you that they are not that much of a underdog.